To meet the ever-changing demands of your mining operations, we’ve developed a line of high performance products that are guaranteed to increase efficiencies while reducing costs, risk, water consumption and green house gas emissions.

Material Handling operations are under increased pressure to employ efficient, cost-effective methods of particle control because of a raised awareness of potential dust hazards and tighter regulatory standards. Some operations employ the use of water at conveyor transfer points to control dust. However, water can be a very ineffective dust control agent especially if the material is hydrophobic.

Evergreen Solutions has a full line of dust suppressant additives including wetting agents, foaming agents, binders, tackifiers and humectants. These chemical solutions are used on a variety of bulk materials such as coal, ores, limestone, petroleum coke and fly ash. Our approach is to combine the right technology with the proper equipment and the people to help your operation solve your dust issues.

With a long history of providing safe and effective solutions to Industry….call Evergreen Solutions for your dust consultation today!

AggreSol DCC1104 is a safe alternative chemistry to the hazardous dust control agents currently on the market.

Forming a long lasting bond on aggregate surfaces,
AggreSol DCC1104 significantly reduces or eliminates road dust without posing a risk to the operator or the environment.

AggreSol DCC1104 is a surface application dust suppressant that has been specifically designed for use on haul roads to effectively lower dust emissions and keep unwelcome and unhealthy particulate matter from contaminating worksite air and water.

For use in applications where road stabilization is not required or a depth treatment approach is not possible, AggreSol DCC1104’s unique combination of wetting and binding technologies not only offers to positively impact the environmental, health and safety aspects of your work site but will also ensure that you reduce your operating and maintenance costs.

COMPARED TO OTHER OPTIONS

A Northern Ontario gold mining operation was experiencing high respirable dust readings which were impacting mining personnel health and safety and resulting in fines from the provincial government. The mine had a mobile dust suppression spray system, but the inadequate spray pattern and difficulty in filling and operating the system led to it being used infrequently.

To resolve the problem the customer was even considering a significant capital expense to increase ventilation in the mine. Evergreen Solutions listened to their customer to understand their needs and wants and develop a customized application system that would improve the user experience, safety and application performance.

Using the customized application skid together with the Aggresol DCC product being applied, the customer has now dramatically reduced PM10 dust measurements, costs associated with dust suppression and eliminated fines for non-compliance.

• Optimizes the application efficiency of AggreSol due to better engineering

• Designed for safety of mine personnel with engineered safety components, 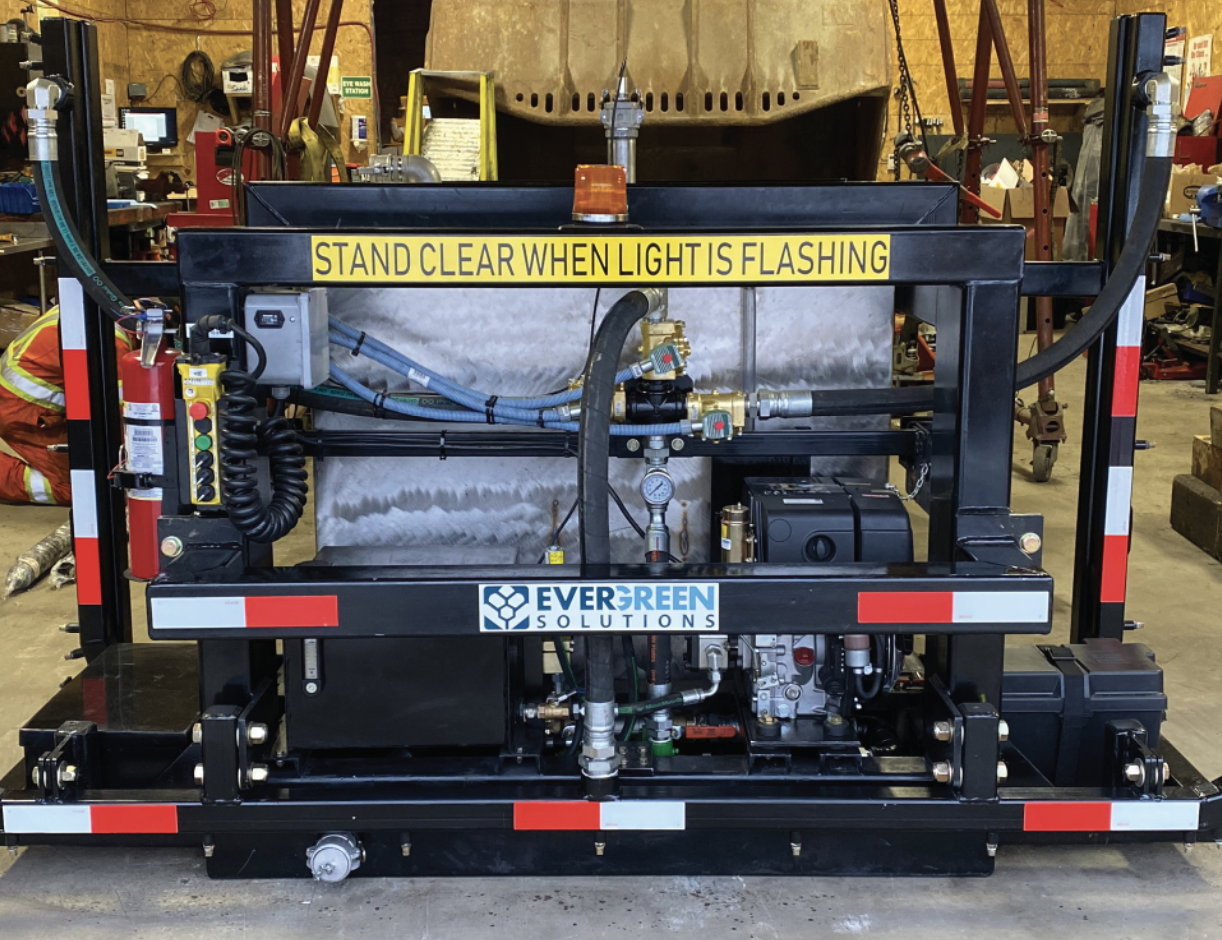 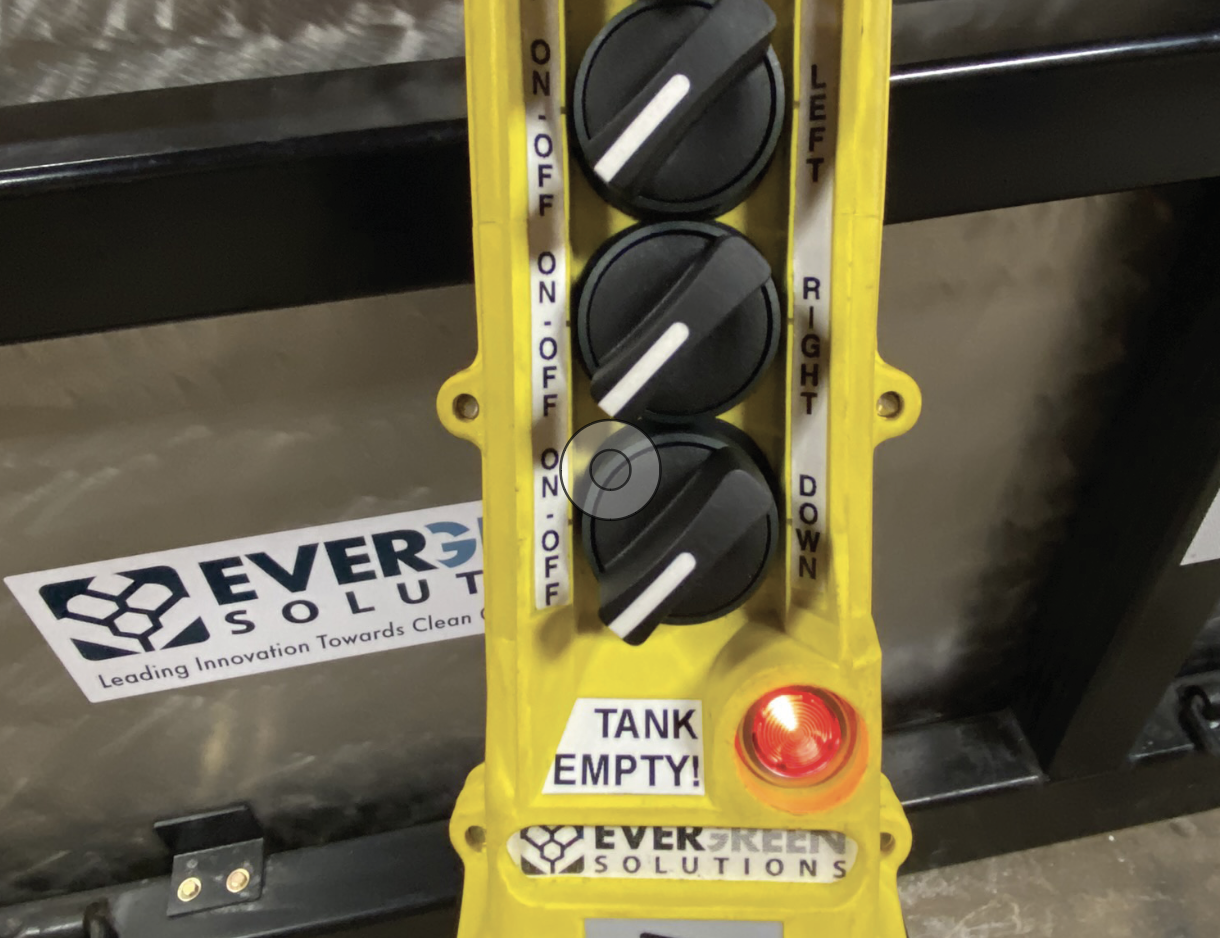 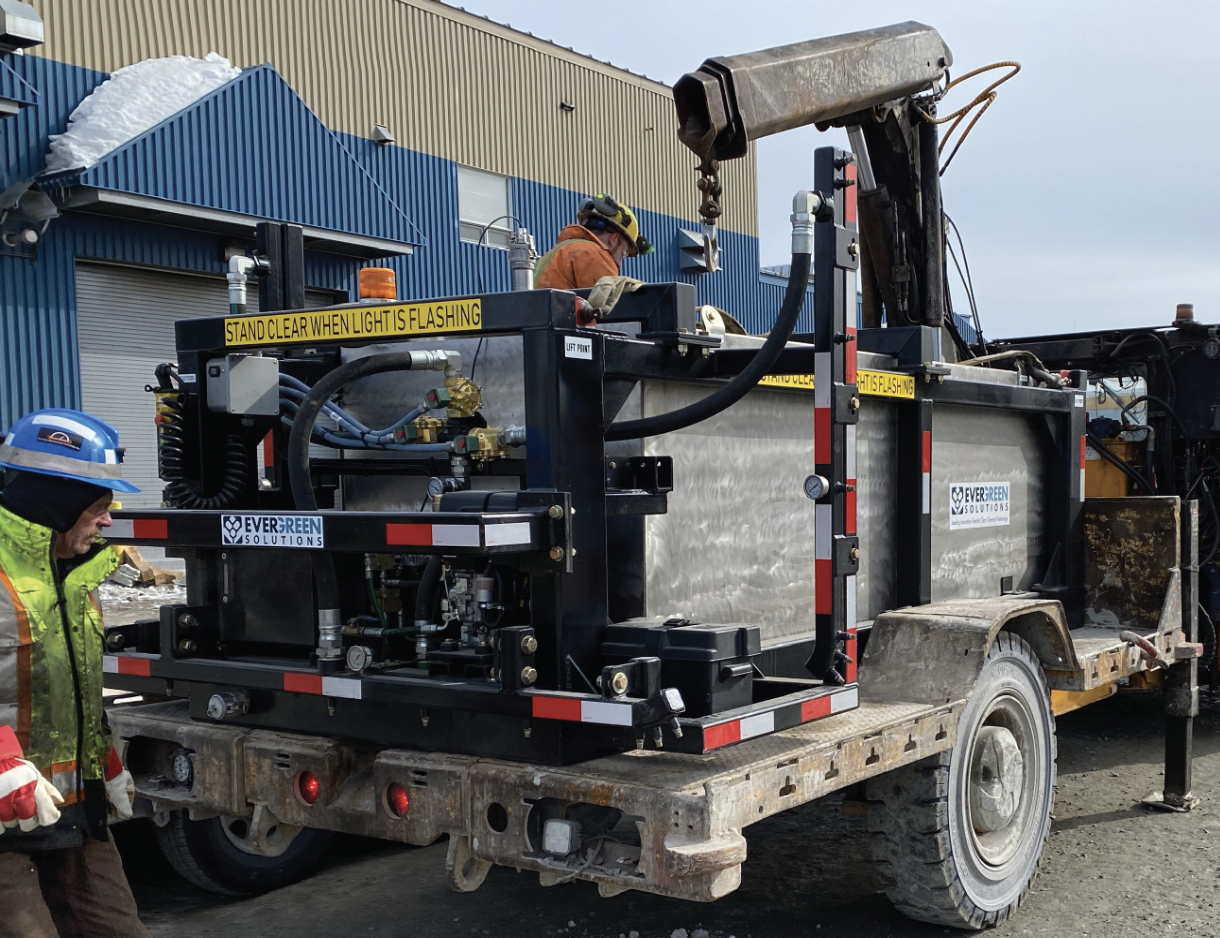 CHALLENGE
A gold mining operation in Northern Quebec, was using hazardous solvents to clean grease and dirt from their heavy equipment underground. This caused a heightened concern with the miners and HSE department as these solvents were highly flammable, requiring the steel drums to be segregated and properly grounded.

Spent solvents from the cleaning process were rinsed into the underground sumps where they combined with the recycled water, resulting in the emulsification of the oil and grease.  This emulsion negatively impacted the underground thickener by causing the resulting slimes and solids to float rather than sinking, resulting in intermittent carry over of solids and dissolved metals.

SOLUTION
To minimize the risk to the miners’ health and safety as well as the negative environmental impact, Evergreen Solutions recommended using HyperSol to replace the solvents previously used on the heavy equipment cleaning process.

RESULTS
The new HyperSol program easily removed the oil and grease from the heavy equipment, reducing the cleaning time by 75%. The spent HyperSol is rinsed into the sumps with no negative impact on the water treatment system. 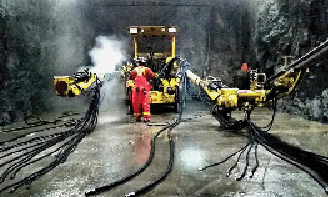 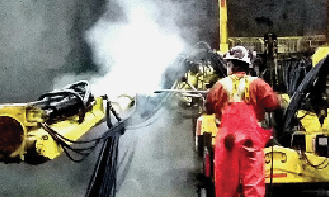 Want to learn more about our extensive line of mining products & services? Get in touch.